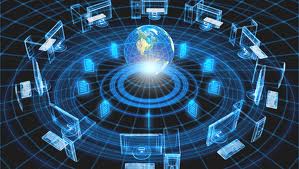 "At WTG We support you in all aspects of server management ranging from installation of new servers/technologies, to troubleshooting your existing setup and monitoring your existing infrastructure..."

Having someone onsite monitoring and caring for the server is a luxury few businesses can afford..

Using the latest network technical support technology available for advanced remote monitoring tools, we can professionally manage your critical servers as well as their associated applications and services. Our Certified System Engineers have the expertise and skill sets to proactively maintain and quickly diagnose and repair the issues related to your server, so that your mission critical applications are available and your end-users can obtain the maximum level of productivity.

We manage your server both remotely and onsite. Our server management solution includes the following services:

The complexity and integration requirements of Microsoft Windows Servers and RedHat Linux calls for an IT consulting firm with hands-on expertise and broad knowledge in designing and building cohesive end-to-end business technology solutions. The experience of IT SupportDesk's Microsoft and RedHat certified consulting team, with an average of over 10 years of background in Windows and Linux integration, assures you success configuring Windows and Linux servers, in ways that align optimally with your business goals. IT SupportDesk can help you with planning, deploying, managing and troubleshooting Server solutions that maximize the business value of your IT network.

Windows/Linux services supported by IT SupportDesk include:

"In the last 50 years, people have changed numerous ways in which they communicate; email is certainly one of the best and is the primary communication medium for individuals and most of the organizations...."

“We have our expertise on Microsoft Exchange Server, IBM Lotus Notes, Linux Email and Many Third Party Email Server Application). “

In the last 50 years, people have changed numerous ways in which they communicate; email is certainly one of the best and is the primary communication medium for individuals and most of the organizations. Email is the most critical asset for organizations and must remain available on a continuous basis and must be immune from downtime-inducing problems. The importance of email also attracts the attention of Hacker and many attacks such as Spam, Phishing, plantation of Spyware, Trojan etc. uses Email as the medium.

At WTG we ensure to block email threats before they reach your network and provide intelligent policy-based management and routing of email. We offer you the expertise and technology to wipe out email intrusion for good.

Data, data, data! Data is where it's at as far as Computer go, whether processing millions of calculations or keeping a record of your customer. When it comes to storing data, the database is the king.

Data loss of any sort or the Server failure is costly for businesses of any size. In the past, many of the technologies that helped avoid the Server downtime or that sped up the recovery process were out of reach for small companies. Redundant systems and connectivity, server and storage clustering, load balancing, access to world-class data centers, virtualization, and fail-safe backup and restore solutions were too costly and complex for most small businesses. This situation is changing quickly, but designing and building a small business network with adequate fault tolerance, data protection, and recoverability still requires experience with both enterprise-class networks and with small business IT environments. IT SupportDesk has the know-how to identify and implement the latest solutions for fault tolerance and disaster recovery that provide big-company network resilience on a small company budget.

Virtualization lets one server do the job of multiple computers, by sharing the resources of a single computer across multiple environments.

Installing traditional physical servers would typically require a separate server for each server role. By utilising virtual server technology (Microsoft’s HyperV or VMWare, for example), the number of physical servers can be greatly reduced as virtual servers are consolidated on to fewer incidences of physical hardware. Virtualising servers will result in improved resource utilization as well as reductions in real estate, power and cooling requirements. In addition to energy saving and lower capital expenses due to more efficient use of hardware resources, virtualisation provides high availability of resources, increased security, and improved disaster recovery processes.

“We Help you to plan your strategy for Server Virtualization using VMWARE or Microsoft Server 2008 Hyper-V Technology.”